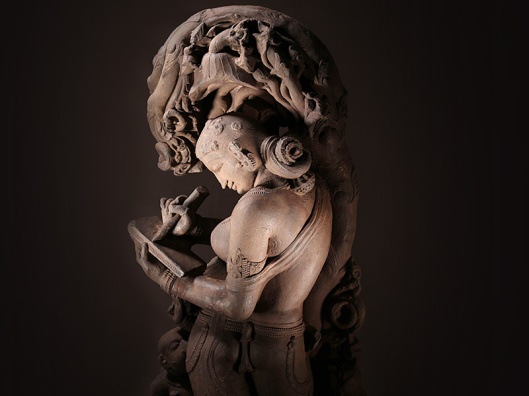 How do we know whether a statue of buxom woman is a goddess or a courtesan? I love archaeology reading reports of digs from Sanchi to Megiddo.

I am always intrigued by the assumptions.  History – His Story – is a narrative f meaning we and society create. Historians are the wandering minstrel and tellers of folk tales to a modern audience.

Read the history of the Middle East and every buxom idol is called a goddess.

Historian Wendy Doniger rightly suggests, in my view, that we guess to much in trying to interpret the meaning or use of sculpture, especially of woman. It is all to common for historians to assume a large breasted woman is a goddess, but why not a courtesan?

Will future archaeologists assume a playboy centerfold is a goddess? 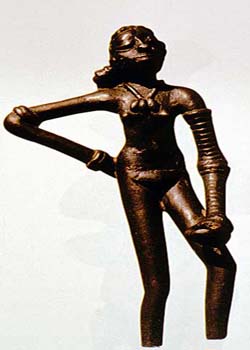 Doniger lists the descriptions of the Mohenjo-Daro dancing girl: The archaeologist Marshal a “youthful impudence.”, John Keay a slender nymphet happily flaunting her puberty, flaunting wanting to be admired, others describe “gaunt and boyish femininity: her provocative “footless stance, haughty head. and petulantly poised arms, “something endearing· in “the artless pose of an awkward adolescent. .She is said to have “proto-Australoid” features that are also attested in skeletons in the Indus Valley.

Just as 19th century historians attempted to fit discoveries into the mold of Herodotus, Thucydides or Diodorus Siculus, and the The Mahabharata, Vedas and Ramayana shaped how historians described saw India .

Another filter was Christian chronology. .

For example,, the excavation reports of Sanchi incorrectly assumed that Buddhism was more a snake worshipping adaption of Vishnu worship. The later more refined art was then linked incorrectly to chronology of Christian esoterica.

British historians have been criticised by Hindu nationalists for distorting Indian history. Sometimes fairly, sometimes not.

It is wrong to completely dismiss 19th century scientific examination. Science was a this time also challenging many of Christendom’s assumptions.

Hindsight often misreads an earlier phenomenon by assuming that it meant then the same thing that it meant later, reading the past through the present, forgetting that we cannot simply lay the present over the past like a plastic map overlay. The false Orientalist assumptions that India was timeless and that the classical texts of the Brahmins described an existing society led to the equally false assumption that the village and caste organization of colonial or even contemporary India was a guide to their historical past.

The meanings given in Hinduism may not have been the same in Harappa or Mohenjo-Daro. It may also be wrong to assume no carry over from the past.

However, others such as the Aryan Invasion theory suited the powerful (Aryan) Brahmin Caste.  So while, Archaeology  has since developed tools to question some of the histories developed from a literary analysis of ancient texts. Happy to enjoy a dig at the mistakes of former Imperialist masters , for reasons of politics some are less happy when the same techniques and questions  on their own traditions.

6 thoughts on “Goddess or Courtesan”