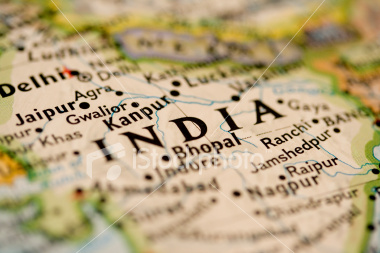 Indians often criticise the Invaders and their legacy. The secularist Constitution is primarily a Western view. However, there has never been discovered any one Hindu government that ruled India with a singled social, political or religious ideology.

It would delight me if the utopian Great Society, or Ram Rajya (literally “rule of God”) did exist. Gandhi and other nationalists held up this golden age as a an nationalist, Independent India. Hindu reformers claimed the corrupted idolatry of the and was a corruption of a lost religious unity that reawakened would rise as a beacon to the world.

Did Gandhi really believe it or was it only a metaphor? Afterall he turned the Gita – where Krishna incites Arjuna to battle  – into a tome for non violence,

It seems to me that any attempt to pin India down leaves me unsatisfied. It is as if the people of this vibrant land like its nebulous undefinable quality that allows them to be who they want as long as they don’t get caught or upset their family.

Politically, W. H. Morris-Jones described Indian politics as “a play within a play”:

“One very general way of putting the problem is to point out that the student of Indian political institutions soon forms the impression that the main thing he has to learn is that nothing is ever quiet what it seems or what it presents itself as being …..

The observer of Indian politics will not look at his subject for long before he gets the feeling that he is missing something. This feeling can perhaps be only described by metaphors…..

“Such a feeling with regard to Indian politics is perfectly justified; what the observer has so far not taken into account is the play within the play.”

As a histophile I suggest, modern Neo-Hinduism and Neo-Buddhism developed in response to Protestant, Orientalist and Western reconstructed models of History. It is to be expected. The story we tell of ourselves – our hiSTORY – develops in response to the unfolding of society. We all too often look at the past through coloured hues of a modern lens and modern politics is network of mostly European or Muslim ideas.

As K. M. Paikkar observed after Independence “Clearly, our new democratic, egalitarian and secular state is not built on the foundations of ancient India, or of Hindu thought.”

In 1888 John Strachey put it more bluntly, ”there is not, and never was an India, or even a country of India possessing, according to European ideas, any sort of unity, physical, political, social, or religious.”

Strachey saw the world through European blinkers. As Ainslie Embrose reminded us, this describes a 19th century “political artefact created by the British imperial power that was essentially artificial, with its existence dependent upon the careful exercise of that power.”

The British model made use of the Mughal models of administration, for taxation and justice. Islamic institutions influenced what a nation state means throughout South Asia.  I suggest political systems world over are ideological constructs. I suggest that the flux of contradictory thoughts that is India may offer a more unity than rigid ideologies of politicians.

I suggest the masses of India have a different view of what a political entity means. The grasping of disparate internet driven pseudo democratic sensationalism could learn from the Hindu Buddhist ideology.

Defining a nation is beyond this article, however an arbitrary perimeter cut into an terrestrial surface, ultimately an “imagined community” (Benedict Anderson) of a mutually recognised and assumed recognition and obligations to a shared culture or shared language (Gelner).

However, India has been a land of accepted difference and diversity and the internalised transmission of popular myth a life reality.

“India has been the seat of a single culture, however diversely expressed” wrote Sir Percival Spear

Instead of a Nation-State, Ravinder Kumar describes India as a “Civilization-State” with distinctive traits, social character, wealth creation social and political structures and texture of moral values.

“As a result of the development in material conditions and growth in political awareness that has taken place after 1947, the deep contradiction between the sharply focused identiy of a Nation-State, on the one hand, and the truly epic diversity of the local and regional cultures  which underpin Indian cibvilization, on the other, can no longer be brushed aside. Indeed, without focusing on the centres of disquiet within the subcontinent, it is clear that the notion of India as a Nation-State sends tremors of alarm through wide swarthes of the people, who look to their location in regional or local communities as the primary basis of their identity formation. Even in the great heartland, where Hindi (or one of its variants) constitutes the language an shapes the culture of the people, the primary basis of identiy formation remains the locality of the region; beyond which stands the amorphrous concept of a pan-Indian civilization and partially crystalised notion of a Nation-State.”

Consider modern India: with the world’s third largest military (at about 1/12th of GDP), largest population, about 15th in Industrial production, and third for its number of scientific and technological personnel.

Whether the Ram Rajya will ever be scientifically proven to have existed is not the point. India can only be understood by referring to it. You must look at her on at least two different levels. On one level you have the nation state, a nationalist concept elevated at the time of the French Revolution.  On another you have people for who the land was an expression of a religious history that formed their identity.

The concept of nation-state is a mental abstraction distant from daily life of many. Besides creating a cohesive Pan-Indian State, and representative government, the liberation struggle sought to transform India from an agricultural to an Industrial economy.

While the slowly changing landscape is also considered an illusion, it is a long standing expression  of the legends that shape meaning into people’s lives. There is a faith in life and a living of life itself.

A rural scattered society since feudal times, occasionally interfered with by a Hindu, Muslim or European.

Meanwhile a huge middle class increasingly tricked into politics of a divisive media that fuels US Vs Them divide: Hindu Muslim, Superrich Vs Middle class, Middle Class Vs untouchable.

The problem seems to me to be expressed by a critique of my Western ways by a dear Indian friend.

“You are too much in your head Bry. Look within.”

Both Hindu and Buddhist speak of changing, illusory of daily life (samvrti-satya) and the absolute truth (paramarthasatya) of uncharacterisable, quality-less (nirguna) Brahmin. A Buddhsit may contrast the changing possibilities of the empirical world to the intuitive void, or unlimited emptiness (sanyata). Life is often compared to a man terrified by a snake that turns out to be a coiled rope.

The analogy fits well for all modern politicians using fear to knee jerk the population toward a idealised often fictional legend of the ideal citizen. Indias national Maha Bharat, expressed as an ideal virtuous, battle hardened larrikin Anzac of Australia, or the

On a more practical level what will last, and what will soon disappear when the political bluster dissolves. 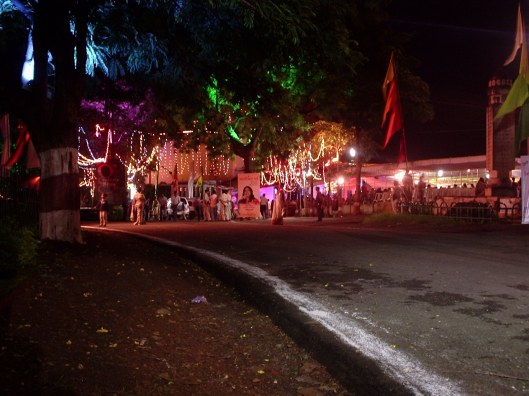 Spirituality requires earning to distinguish between the illusion of arguing politicians, seen as corrupt and far removed from daily life, and the intuited truth people feel within themself. Move closer to Delhi, or the cities removed from the land, these illusions of social class take on illusory proportions!

As the USA begins to collapse because it overreached itself, I am reminded of a Chinese politician who brushed off US concerns as not seeing the whole perspective of history.

Whitehead was not thinking of India, but his words from Process and Reality apply in this confusing land:

“It is the inescapable flux, there is something that abides; in the over-whelming permanence, there iis an element that escapes into flux. Permanence can be snatched only out of flux; and the passing moment can only find its adequate intensity only by its submission to permanence. Those who would disjoin the two elements can find no interpretation of patent facts. “

I would rather we grasp the ideal and the modern illusory reality together, and with a perspective for history, see the possibilities of the moment. Aim for the ideal, while working with what is. The problems is ‘what is’ is itself an illusion.

1 thought on “A Nation-State called India?”