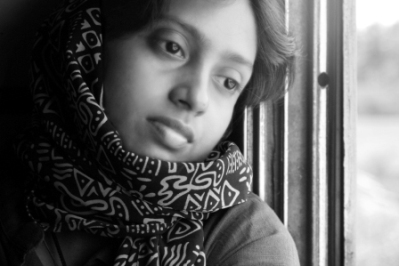 There are fewer single Indian women but they are happier?

We often express our values through symbols. Perhaps a US feminist may equate her freedom with the monetary choice to buy a car, of to wear, love, marry even sleep with whoever she wants.   An arranged marriage would seem barbaric.

Yet many in India are bewildered why the Western girls have their self esteem tied to being the super sexy home coming queen who lures the football star.

Instead, the majority of India’s educated women request an arranged marriage. In India finding your soul mate and marriage is not he royal road to happiness.

“Oddly enough, the first time I really became conscious of my singleness was in, of all places, England” wrote feminist intellectual, Urvashi Butalia, founder of the feminist press Kali for Women. “[I found myself] in a culture that so privileges relationships, especially heterosexual one, that if you are not in one (and even if you have been in one that may have broken up you are expected to jump into another almost immediately), there has to be something wrong with you. So I was always the odd one out, the one without the man, the one to be felt sorry for. And it always bewildered me, because I did not feel sorry for myself, so why did they? It wasn’t a nice feeling.”

It may seem hard for a westerner to understand,  but the positive image attached to celibacy and the arranged marriage system in India serves to liberate unmarried women from the self esteem trap.

The negative, asexual connotations of the English word spinster have no Indian equivalent. Of India, activist  Madhu Kishwar,  “We are still heavily steeped in the old Indian tradition which holds that voluntary sexual abstinence bestows extraordinary power on human beings.”  The English word spinster almost implies a person is defective.

We forget that dating, is a recent phenomenon, beginning around 1900 in the USA. Perhaps the much needed coverage highlighting rape and violence.    Yes there is discrimination yet in other ways, India leads by example.

“The first Indian self help book for single women, Single in the City (2000) by Sunny Singh, gives much more attention to issues of safety than such books in the U.S. But psychologically it is easier to be single in India, because of cultural factors” she said.

Marriage in India is more highly valued, but its purpose is family ties, not coupled happiness. Compatibility between spouses is not linked to finding a soul mate, but is seen as the result of patient work, along with family support. As a result, single women in India are not pitied because they are not coupled.

Contrast that with a upcoming MTV program Virgin Territory with trailers of young people wanting to lose their chastity because “its hard being a virgin, sometimes.”

“A never-married woman in India is never assumed to be unattractive because arranging the marriage is generally a family enterprise” wrote author Sunny Singh in a private communication to  Ms Trimberger published in in Psychology Today,”So people assume that there wasn’t enough dowry, not the right match, irresponsible parents (my favorite), a wrong astrological chart and so forth.”

“Perhaps this is one reason that polls show that most Indians, even the educated, urban elite, still favor arranged marriage, although perhaps in modified form with some personal choice involved” added Trimberger.

For those who marry, expensive childcare, the bain of western working women, is not a problem in the extended family, or in a village where children belong to everyone. However, the cost is measured in difficult and meddling inlaws.

Comparing the 2000 USA, and 2001 Indian census reveals there are fewer single women in India.  Between the ages of 25-59, 89.5% of Indian women are married, as compared with 65% of American women in the same age group.

The “never married” account for 2.5% in India versus 16% in the U.S., while the percentage of divorced women in that population is 17% in the U.S. as opposed to a mere 1% in India. 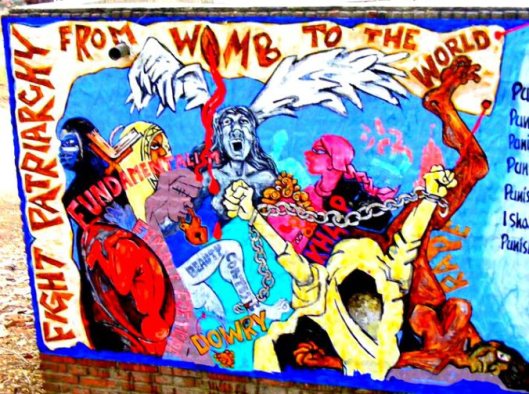 “Most of us menfolk were in prison” wrote Nehru in The Discovery of India. “And then a remarkable thing happened. Our women came to the front and took charge of the struggle.”

The traditionalist Gandhi is an unlikely (but incomplete) emancipator. The Mahatma called women to no longer be “dolls and objects of indulgence” but “comrades in common service”, nominating Sarojini Naidu as Congress first female president in 1931.

Both countries had a seconhd wave of feminism in the 1960’s and 1970’s. Today India’s few women’s organizations create a nationwide constituency in contast the US has many groups focusing on distinct issues.

The All India Democratic Women’s Association (AIDWA) has nine million members and is the counties largest independent woman’s organization founded in 1981.

The issues of single women are within its top seven priorities. AIDWA’s Commission on Single Women includes discrimination of  “single, deserted and divorced women” articulating similarities between all single women, cutting across class and caste distinctions.

From the 198’s and 1990’s India has leds the USA in mobilizing single women. In 2008 5000 single women  marched in Himachal Pradesh demanding reform including free healthcare, land for poor single women, and pensions for older single women. It was led by the ENSS that represents single women’s interests.

In contrast many of the US feminists best known American feminists such as  Betty Friedan and Gloria Steinem    distanced themselves from distanced themselves from spinsters without providing an alternative model for life as a mature, single woman said Ms Trimberger.  In the USA negative stereotypes of single life over age forty – especially for women – are still strong.

When moving to India I became acutely aware that many values  I thought made me happy seemed irrelevant in my new society.  None of this denies  the historic atrocities of sati or the recently publicized rape cases. Elsewhere, I will write of foeticide, and cruel discrimination of young girls in a society favouring boys.

Societies have always pressured conformity, yet simultaneously those who successfully challenge tradition are celebrated.   Just as nature hates  vacuum, social values do not sit on one extreme without being balanced by their social opposite, especially in such a diverse culture as India.