India’s Bhil Tribals believe disease is caused by the displeasure of the Gods. A cure may require a gayan lasting 24 hours to exorcise the offending illness. However, tribal India also has an extensive Pharmacia of much quicker cures.

From the Ethnomedical knowledge of plants used by Kunabi Tribe of Karnataka, the 40 most important herbs used by the Korku of Betul District, Madhya Pradesh,  tribal medicine is simple to prepare and convenient they are affordable by tribal’s and rural poor.

Loose stools are prevented by 20 mil of fresh Arjun bark juice in 400 ml of curd water. For infants  the leaf extract of chotti dudhi is used.
Garlic is antiseptic and excellent for intestinal inflammation.
Four or five fruits of Shivalingi are fried in fresh cows butter and taken twice a day for  colitis.
Four or five teaspoons of saunf are bought to boil and steeped for 15 minutes. It is cooled and strained then sipped to relieve colic.

Not just a random collection of herbal cures, ancient Indian medicine goes back to the Vedas. 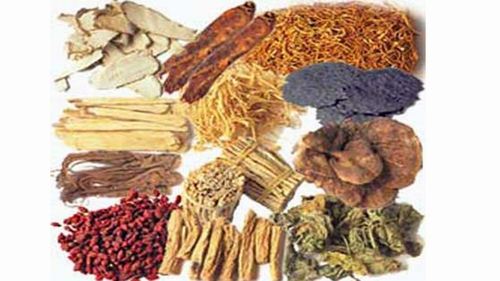 For example western trained Darshan Shankar was amazed to how Maharashtran Thakar, Mahadev Koli and Katkari tribals enhanced the breast milk of lactating mothers with Ipomoea mauritiana, reduced swollen testicles with Calantropis gigantean and could draw out deeply imbedded thorns with a latex from the same plant.  Dry cough was cured with the fruit of Terminalia bellinica roxb, dysentry by Holarrhena pubescens, uterine bleeding was stopped by Minosa pubica.

The range of Indian medicinal skill , both tribal and Ayurvedic, is inspiring. It is also a little angering to realise that the futuristic deal f heath in your hands is already promoted in the village. However, the migration of youth to city opportunity risks the loss of  great body of knowledge.

There are many Indian centres seeking to preserve these ancient skills.  For example, Madhya Pradesh promotes commercial herbal production. The methods of preparation are extremely diverse and sophisticated.

Generally, the ‘Badwai’ are very secretive about the medicinal uses of herbs and it is almost impossible to extract information, but by developing closer contacts they revealed certain vital information about the indigenous system of medicine practiced by them.

Folk traditions are not only rooted in the community but usually community supported. Traditional Birth Attendants are paid through rural communities.

Folk medicine knows over 8000 plant species, several hundred animals, minerals and metals. There are an estimated traditional formulations, knowledge of drugs, diagnostic and therapeutic techniques both physiological and mind-body based.

But unless the tribal communities and their plat based ecology, are revitalised we may lose the opportunity.  Shankar observed that outside of the tribe, respect for the vaidu tradition was low. He observed that the self confidence of vaidyas, hakims and siddhas was also low.

It seems the forces eroding these traditions are not medical inefficiency, but result from economic, cultural and political pressures.  These included reduced demand, and the irrational lexpectation that all tribal ideas must match western parameters.  Because, the indigenous Adivasi system of medicine has been handed down orally from generation to generation, there are no written records. As youth rush to the cities in hope of opportunity, traditional knowledge is not being passed on.

I find it sad that the while Western science criticised religion, especially the Western church, for disrespecting human diversity , science has unwittingly an undermined respect for traditional medicine.  Also, I have previously written of IGRMS efforts to keep medicinal traditions alive .  In  Ponicherry. Guruji P. Srinivasaraju  and a group of Adivasi have been spreading the word  of traditional medicine.

Because“Bhils believe that illness is caused by the displeasure of the spirits, they are indifferent to practitioners of modern medicine. That being said, there are a number of allopathic dispensaries that have been established by the State Government and people are encouraged to avail of the services provided by trained Medical Practitioners and auxiliary nurses.”

Traditional and Western medicine are complimentary not enemies. Most tribals know the bhopa cannot cure all disease. Many herbs are remarkable, others cure only partially. At times custom ignores the importance of hygiene for maintaining good health.  So together the availability of Western and eastern cures have space for each other.